We will never resell or use your information without your consent. Learn More. 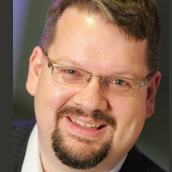 Getting beyond public sources...

I had a decent talk together that people seemed to like, but that was only an hour or so of material. Not exactly book-worthy. And while I'm convincing as a speaker, it doesn't mean that everything is correct. If I wanted to dig deeper into the story, I needed to do research. I tend to approach things as an engineer, which is to say, I look for show-stoppers. What could happen that would make it impossible to create this book? In terms of research, that meant to me that I needed a list of people that I had to have onboard to make this story legitimate. From my original talk, I broke down .NET into three topic areas:

So that was who I reached out to first. Being the .NET Rocks guy has its advantages, I had some confidence that I could get a response from Guthrie, Zander, Harry and Hejlsberg - even if that response was "I don't think this is a good idea." In short order (I think Scott Guthrie responded the fastest!) they all liked the idea, and were happy to make time for me to interview them. By the fall of 2017, I started the first interviews.

This is the story about writing the story...

And really, it starts with a party.

The party was filled with .NET luminaries, folks that help create the product back-in-the-day.

One of my jobs was to grab folks for interviews, to say happy birthday to .NET and talk about the role that different folks had in creating .NET, what the world was like back then, and how .NET fit with the needs of the time. These interviews are published on Channel 9, and there are links to them in the video section of this site. I came away from the party and the interviews thinking "if we don't write these stories down soon, we're going to lose them."

Making .NET Rocks for all these years had given me a composite view of the product - and talking to the individuals that were part of its creation gave very detailed views of specific parts. Is there a combination of those views that could create a narrative about .NET that people would be interested in?

Back home I create a page in OneNote for History of .NET and wrote down everything I knew - or at least, thought I knew. Then I started researching public sources to confirm dates, people and events.

My usual approach to exploring an idea is to make a talk around it and test it out on audiences, looking for reactions. And so within a few months I was testing The History of .NET on my local user groups. I saw two groups excited about it:

It was a start!